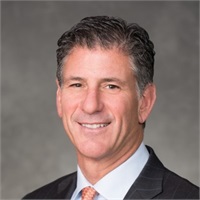 Michael is the General Agent of Fifth Avenue Financial. Michael joined Cowan Financial Group, the predecessor to Fifth Avenue Financial, in 1991. During Michael's 18 year tenure as a producer with the agency, he was also a founding partner of Lenox Advisors, Inc. where he continues to be responsible for that firm's overall corporate growth strategy as well as cultivating many of the firm's corporate relationships. In the aggregate, Lenox is the largest, most prolific producer group operating within the Fifth Avenue Financial agent network and the two companies continue to work together closely.

Michael was a perennial Top of the Table Producing Agent during the past 15 years and has been one of MassMutual's Chairman Club Members for the 12 consecutive years immediately preceding his appointment as General Agent in 2009, a record accomplishment. Michael spent eight years on MassMutual's Agent Association Executive Committee, culminating with his presidency of the Association in 2005-2006.

Michael has appeared numerous times on Bloomberg Television and CNN discussing financial issues and corporate planning. Michael is a graduate of the University of Delaware